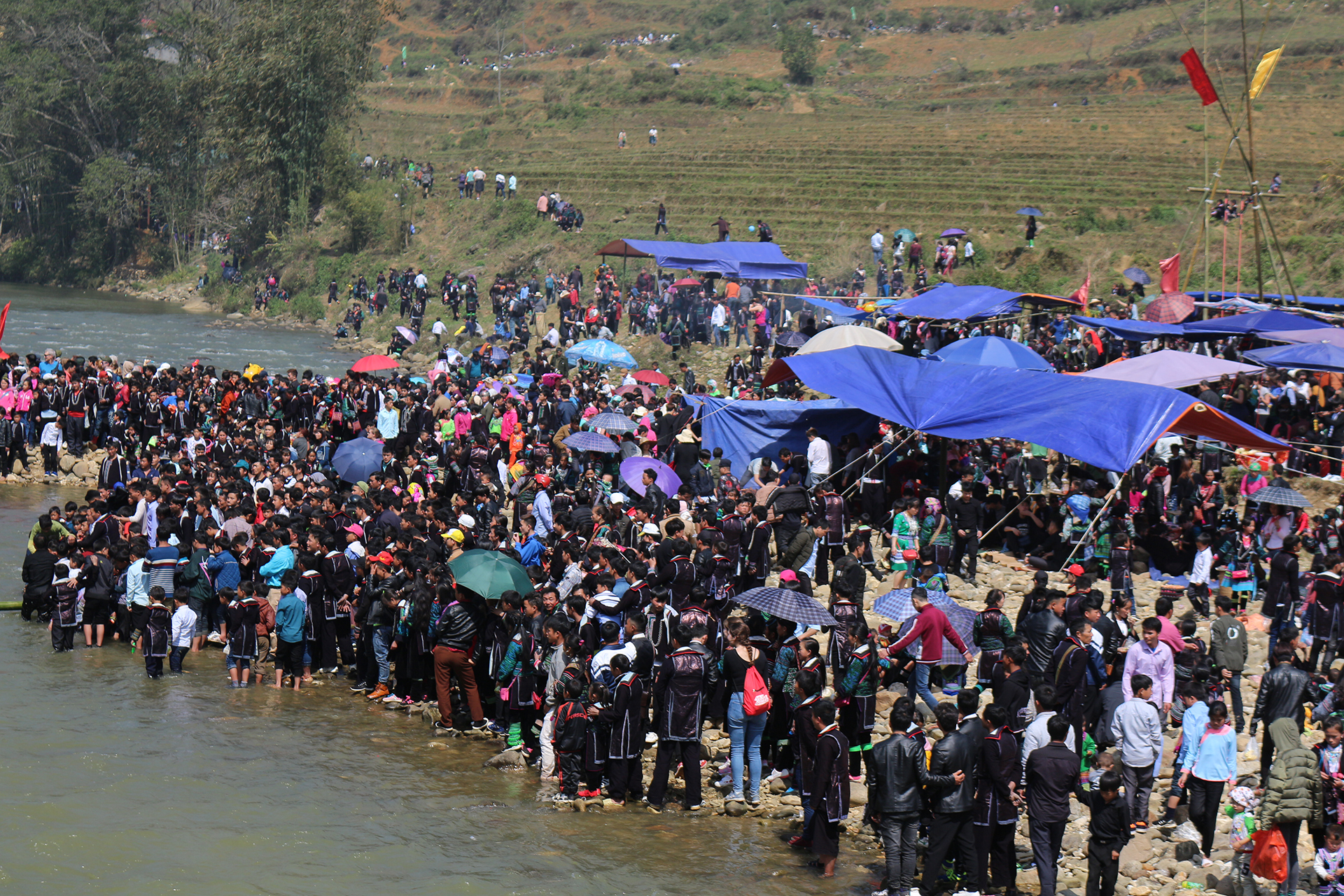 Every year, on the first Dragon Day after the first full moon, Giay ethnic group at Ta Van Commune, Sapa District, Lao Cai Province hold Roong Pooc festival in order to show people's gratitude towards their guardians. After many years of celebration, the festival has spread among Muong Hoa Valley and become a common festival of the region.

From the early morning when the sun still hides among clouds, flows of people cheerfully and enthusiastically gather at the festival—including Mong people from Hau Thao, Lao Chai, Yao people from Ho and Phung mountain villages, travelers from downtown Sapa. Accurately, the worshipping rite is conducted at Horse Hour. In the hope for secured life, abundant harvest, favorable weather as well as healthy people and animal, a priest in blue outfits offers oblations to Heaven, Earth and Rice Goddess. The ideal location for Roong Pooc Festival is a relatively even and flat field at the end of the village. At the center of this place there stands a pillar with a circle board on top—one side glued with a red piece of paper resembling the sun, the other side in yellow color representing the moon. The offerings include cloths, eggs, bamboo shoots, silver and six colorful balls (con) from unmarried girls, symbolizing prosperity. After these items are placed on the altar, an elder in the village burns incense sticks and send prayers towards deities for all the best things in life. The sacred ceremony ends among the harmony of drums, gongs and Pi Le clarinets, announcing following is the part that everyone is waiting for—traditional games. It all starts with the activity of con throwing. Predecessor of the village go first—males and females stand within two lines throwing six colorful balls into the air, luring the entire crowd into the game. Everybody gets involved among cheerful shouts; the balls within their hands are released with high speed, drawing spiral lines here and there towards the con pole. The moment when the pole is pierce signalizes a wealthy year with pleasant crops. Similar to con throwing, the tug of war game also begins with ritual practice. In the East is a group of men holding a rattan rope at its root end; on the other hand, the other end of the rope is held by a group of women in the West. As soon as the sound of drums and clarinets is on, the practice starts. The male group, representing yang—the sun, masculine force—always wins, and the female group, resembling yin—the moon, feminine force—pretends to lose.  And like that, villagers are guaranteed to have abundant crops throughout the year. After the act, every festival participant is free to enjoy tug of war, including youngsters and even foreigners.

Entertaining activities: games of con throwing and tug of war.